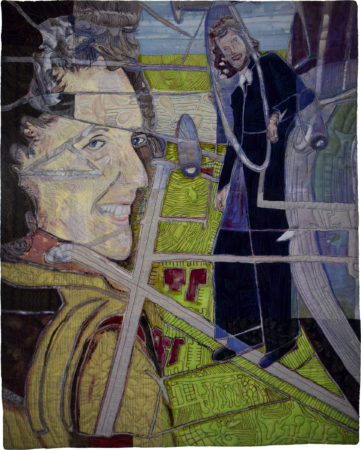 Two women, from separate regions of United Sates, joined 1000 women during World War II between 1942 and 1944, leaving their homes, university aspiration and jobs for the opportunity of a lifetime–to become the first in history to fly for the U.S. military. These ladies would share an experience that would forever bond them together as they volunteered as civilian pilots in an experimental Army Air Corp program to see if women could serve as pilots and relieve men for overseas duty.

These women became the Women Airforce Service Pilots of World War II, better known as the WASP. Under the leadership of Jacqueline Cochran, the mission would be to ferry aircraft from factories to air bases across the country. In just two years more than 12,000 aircraft were utilized. To qualify for the WASP you must have had a specific number of flying hours and the boldness of spirit to leave home for Sweetwater, Texas for basic training, flight navigation skills and fly military aircraft.

As World War II raged on, it was soon discovered that women pilots could very well prove to be America’s asset. In 1942, First Lady Eleanor Roosevelt declared, “This is not a time when women should be patient. We are in a war and we need to fight it with all our ability and every weapon possible. Women pilots, in this particular case, are a weapon waiting to be used.”

Two such women, heroic in contribution and proud to serve our country, are my Great Aunts, Betty Heinrich Berkstresser and Barbara Willis Heinrich. I am proud of their achievement and want to honor their service along with all Americans as they received their Congressional Gold Medal in March 2011, the highest possible civilian award given by Congress.

Betty Heinrich Berkstresser and Barbara Willis Heinrich shared an experience that forever bound them together as they volunteered as civilian pilots in an experimental Army Air Corp program to see if women could serve as pilots and relieve men for overseas duty. They became Women Airforce Service Pilots (WASP) of World War II, first U.S. female military pilots.