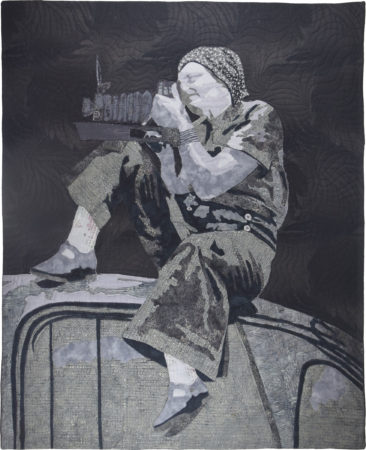 Through the Lens: Dorothea Lange

In 2015, I entered Heart Mountain Wyoming Interpretive Center for the first time and saw a massive poster directly in front of me. It said, “I Am An American” and that is the moment I fell in love with the photography of Dorothea Lange.

She spoke through her lens to tell the story of the unjust internment of over 120,000 Japanese and Japanese Americans imprisoned during WWII, contracted by the U.S. Government to document the internment through her lens, she did such a beautiful job that that same government impounded her photographs.

I looked at those now released photos and understood why. They showed the true soul of these people; the pain, worry and confusion of the Japanese and Japanese Americans. Through those photographs she brought forth a part of our U.S. history that otherwise might have been forgotten and when forgotten, it may have been repeated.

I found very few portraits of Lange, and except for one, they were in black and white. Therefore, I felt it appropriate to represent her in a black and white. I had a public domain photo enlarged and from that made my pattern. I collected eight different fabrics in gradations from black to white. I kept the quilting simple because she is the “focus” of this piece; a true American Heroine in my book.

Dorothea Lange has been called America’s greatest documentary photographer. She was contracted by the U.S. Government to document the depression and internment of Japanese Americans

I found a photo in the public domain and had a local photographer enlarge it to the required size. I also had them posterize the enlargement. This tells me where the color changes are. Traced those color changes onto my muslin foundation and a clear plastic sheeting. From those tracings I made the pattern, then placed those pieces onto the muslin, and under the plastic. When finished with the quilt I quilted.

All 100% cotton fabrics, thread and batting.