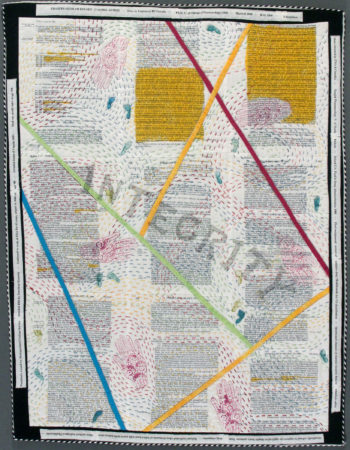 Frances Oldham Kelsey, Ph.D., M.D. who prevented Thalidomide from being sold in the US, was a new employee at the Food and Drug Administration in 1960, assigned to vet and approve this new medication that treated morning sickness and insomnia in pregnant women. As it had been marketed in over 40 countries since 1956 and was available over the counter in Europe, approval was assumed by the drug companies and her superiors thought this would be an easy first assignment.

Dr. Kelsey, who had done postdoctoral research on drugs causing neurological birth defects, noted limited documentation of testing of Thalidomide and requested more data. Manufacturers insisted this was unnecessary and unavailable, applying pressure at higher levels in the administration—after all, why would the FDA deny American women this popular medication for their nausea and sleeplessness? But Kelsey insisted on further testing.

In the meantime, physicians in Germany and Australia documented a link between a growing cluster of babies born with unusual, severe birth defects and the use of Thalidomide by their mothers during pregnancy. Thousands of children in Europe were born with defects in arms, hands, legs and feet; some were born blind or without ears. Many died in infancy.

Once the connection was made in 1961, Kelsey became a hero; the tragedy lead directly to passage of the Kefauver-Harris Drug Amendments of 1962, providing strong regulation for the introduction of new drugs and the advertising of drugs in the United States. (The text of the statute makes up the background of this piece.) Dr. Kelsey was awarded the U.S. President’s Award for Distinguished Federal Civilian Service by President Kennedy in 1962. She worked actively to encourage girls to go into scientific fields and remained with the FDA for the next 45 years, retiring in 2005 at the age of 90. Upon her retirement, the FDA named its new building in her honor. In 2015, Frances Kelsey was appointed to the Order of Canada. She died a month later at age 101 at her daughter’s home in Ontario.

In her first assignment at the U.S. Food & Drug Administration, prevented the sale of Thalidomide in the United States, clearing the way for passage of improved regulation of drug distribution & advertising.