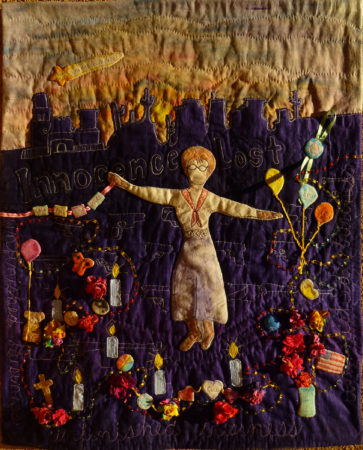 Gabrielle Giffords, Congresswoman from southern Arizona was shot through the head, six constituents lie dead and 15 others injured on a balmy January morning, in 2011, in an upscale suburb of Tucson. Gun violence took on a very personal meaning. At an innocent, “Congress on Your Corner” event, a mad man brought horror and death with a Glock purchased at a Walmart just down the street. It took twelve seconds.

The University of Arizona Medical Center lawn became a sea of best wishes and anguish for thousands of Arizona residents. Candles, balloons, flowers, stuffed animals, canned food and well wishes kept vigil for Gabby’s recovery. She fought and she survived.

Although she has resigned her seat in Congress she continues to advocate for victims of gun violence.

Gabby Giffords…shot in a “Congress on your Corner” event in Tucson, representative to Congress from southern Arizona and determined gun lobbyist for control of undocumented firearms, migration advocate and one of the finest human beings in this current group of young Americans, her star was fired on before it reached its zenith.

This piece is painted, appliqued, and both hand and machine quilted in three layers.

Linen and cotton fabric with some ribbon. Watercolor pencils.