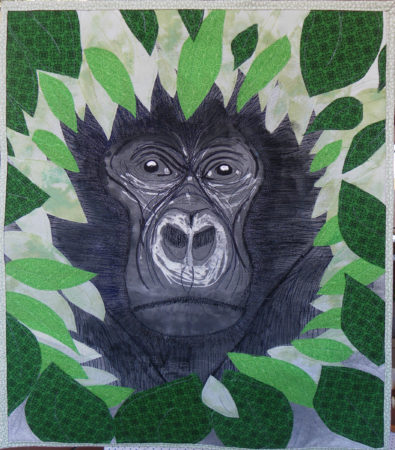 “The more you learn about the dignity of the gorilla, the more you want to avoid people.”
― Dian Fossey

For Dian Fossey, it was about the gorillas. It was never about her. She didn’t start out as a primatologist, she simply loved Africa and travelled there in 1963. It was Louis Leaky who was studying fossils of our ancestors who convinced her that to learn about us, she had to learn about our relatives, the apes.

Fossey set up a research station in Rwanda and became a member of the mountain gorilla family with a method called habituation. It’s her greatest gift to the world in that it led the way for researchers to establish human gorilla relationships and friendships.

Dian’s favorite gorilla was called Digit because of a crooked finger; he lived to be 12 but was murdered by poachers. Dian never recovered fully from the loss of Digit and it sparked a new conflict with the Rwandan government and poachers alike. The heartbreak over the loss of Digit led her to publicly share his story around the world, and that in turn lead to increased awareness of the plight of the mountain gorilla and her work with them. The loss also leads to her writing a book, Gorillas in the Mist, which subsequently became a major motion picture.

“Gorillas are almost altruistic in nature. There’s very little if any ‘me-itis.’ When I get back to civilization, I’m always appalled by ‘me, me, me.’ Dian Fossey

For Dian, it was about the gorillas, all about the gorillas, it was never about her. Their safety, longevity and conservation were her directed focus. I wanted to honor Dian in a quilt and could think of no better way than simply with the face of her beloved Digit.

She brought the plight and conservation of the Mountain Gorilla to the world through her work, loves, and loss.