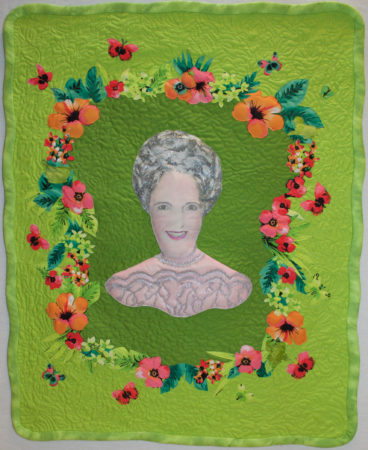 Felisa Rincon de Gautier was remarkable in a time and place when women weren’t supposed to be remarkable. Most memorably, she was elected and served as Mayor of San Juan, Puerto Rico over a period of twenty-two years (1946-1968). During her tenure the capital was transformed into a beautiful, modern and welcoming city. Her mother died when she was eleven, leaving her with the task of raising seven siblings. She managed the household with finesse, finding time to work in her uncle’s pharmacy. She was also a skilled seamstress and became well known for the fashions sold at her shop in San Juan’s historic district.

Drawn to politics, Felisa Rincon de Gautier was active in Puerto Rico’s suffragist movement and the fifth woman on the island to vote. She helped found the Popular Democratic Party, which brought commonwealth status to Puerto Rico, improving the quality of life for millions of its residents. Later, she served as Goodwill Ambassador under four U.S. presidents, promoting friendship among nations in Latin America, Asia and Europe.

In my quilt I have tried to capture the spirit of this amazing woman by using a floral motif (she loved tropical flowers!) and by weaving four symbols of her life into the garlands: A lamb from the Puerto Rico Coat of Arms, a man with a straw hat (logo for the Popular Democratic Party), a mortar and pestle (from her uncle’s pharmacy), and a needle and thread, honoring her as a seamstress. Can you find them?

Among her many accomplishments, Felisa Rincon de Gautier was the first woman to serve as mayor of a capital city of the Americas. (San Juan, Puerto Rico, 1946-1968)