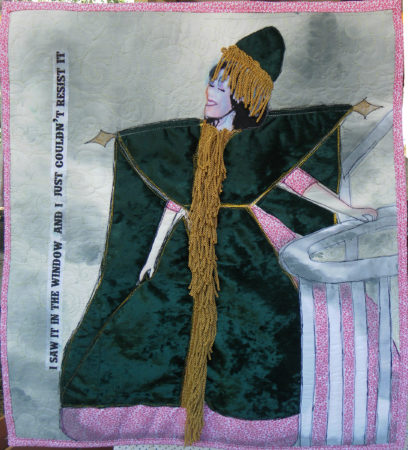 Those were the words told to Carol Burnett when she was discussing a variety comedy show to the networks in the early 1960’s. Seriously. With those words in her head, quickly shoved aside, Carol Burnett forged a path that comediennes follow to this day. She offered comedy, humor, joy, music, dancing. She gave us big stars of the day shedding their diva personas and playing along in the land of slapstick comedy. She gave us some of the most memorable sketch comedy, parodying major movies of the day and characters that are still watched and talked about today, 40 years later.

Carol Burnett made me laugh and cry and smile and feel. Any performer with that sort of range and longevity to be relevant, entertaining and sought after 50 years after appearing on TV is more than an icon or a hero, she’s an institution.

One of my, and most of the countries, favorite sketches is the irreverent performance of “Went with the Wind” a parody of Gone with the Wind. In one scene, Carol, as Scarlett, appears at the top of a staircase clad in a gown made of the only fabric left in the house, the green velvet curtains. Unlike the original, where a gorgeous gown is made; in Carol’s rendition, the curtains are merely flung over her shoulders with the curtain rod still in place. The hysterical laughter that meet her when she appears is the thing of legend. A subtle, purely visual gag that has lasted 40 years is some kind of brilliant.

I could think of no other moment in time to capture and immortalize one of my comedy heroes.

Carol Burnett shattered the comedy glass ceiling, coming after her hero, the “other” red head of comedy, Lucille Ball and paving the way for comedy variety shows and comediennes to be taken seriously notwithstanding their gender.